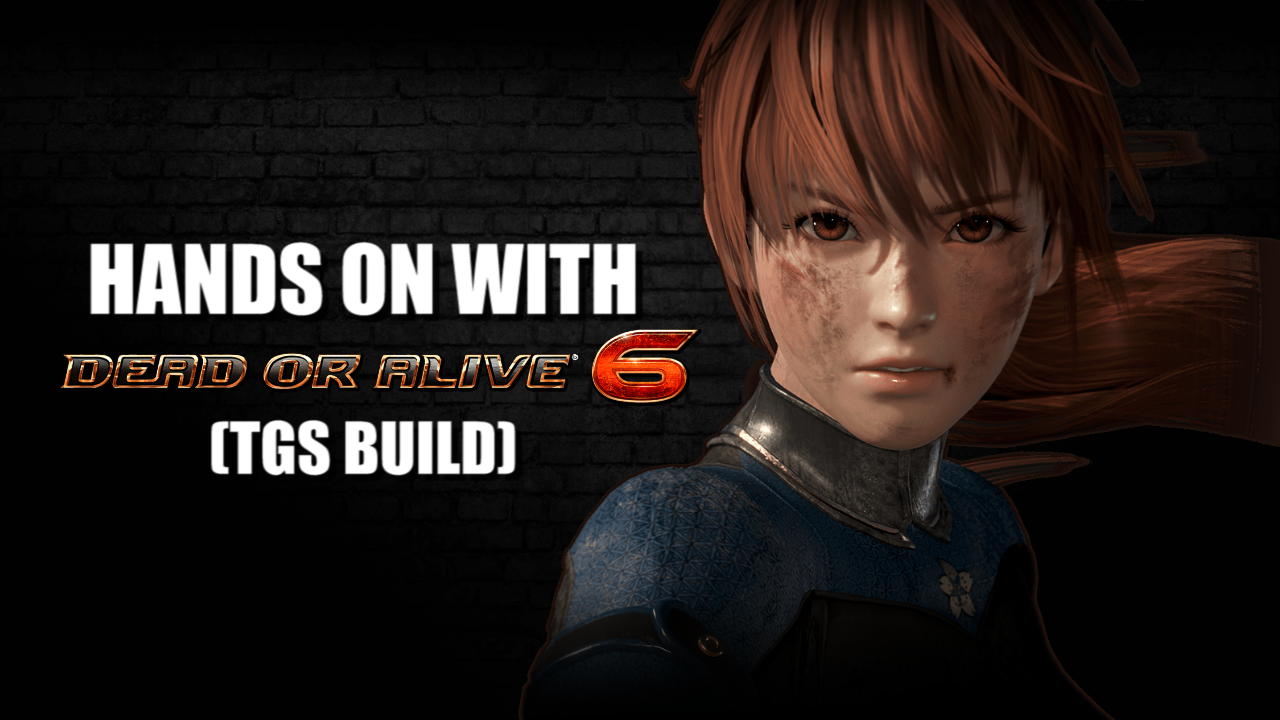 Hey everyone! Its been a while.

I recently had the chance to spend quite some time on the TGS build of DOA6 and I thought I would share my experience with you all as I feel like I might be able to answer a lot of questions and skepticism that many (including myself) had regarding the overall changes made to the game, and whether it is enough to make it feel like a true sequel and not just an update to DOA5.

Adding to the info in the vid, here are a few tidbits about some changes of individual characters I found:

– Lost her guaranteed follow up after Unshu Throw .. (I’m not bothered. With the way the game plays now, it actually seems logical).. now it is a regular mix up state.

– 214P functions as a Sabaki vs. MID and LOW PUNCHES only. however it has a low profile so it also crushes highs… (its disgusting, I love it lol)

– 2P+KK (the K is guaranteed and leads to crumple stun). can wall splat.

(All over, she feels great)

– 9PK.P and 66KP. new follow up causing bound (can be followed up by pp6p6K) also allows juggle extension if done after launcher.

– 66PK hits mid, knocks down or slams into stage shenanigans. nasty. you cant duck anymore to avoid the 66PP lol

(Overall she feels great. I like her a lot more than i did in DOA5. her new strings really help with the whole opponent carrying gameplan I mentioned earlier)

(still fun as hell. very easy to utilize her Fatal Rush in juggles)

– (BT)8KH is an awesome bait move. great to score a Hi Counter Throw.

(feels and functions more or less the same. but then again she was always a force to be reckoned with. she works really well with the DOA6 game plan)

It was obvious that his move set was incomplete, but his design is far more interesting to me now after trying him out.

He’s very aggressive. Really pushes the opponent forward into whatever.

– 4PP causes a fall down stun

– PP6PP (I think this is the correct notation). Last P is chargable. looks like his 236P. Great for that extra bit of damage during juggles.

He’s obviously incomplete. But, I feel he will only get better as the game reaches its final phases. looking forward to him.