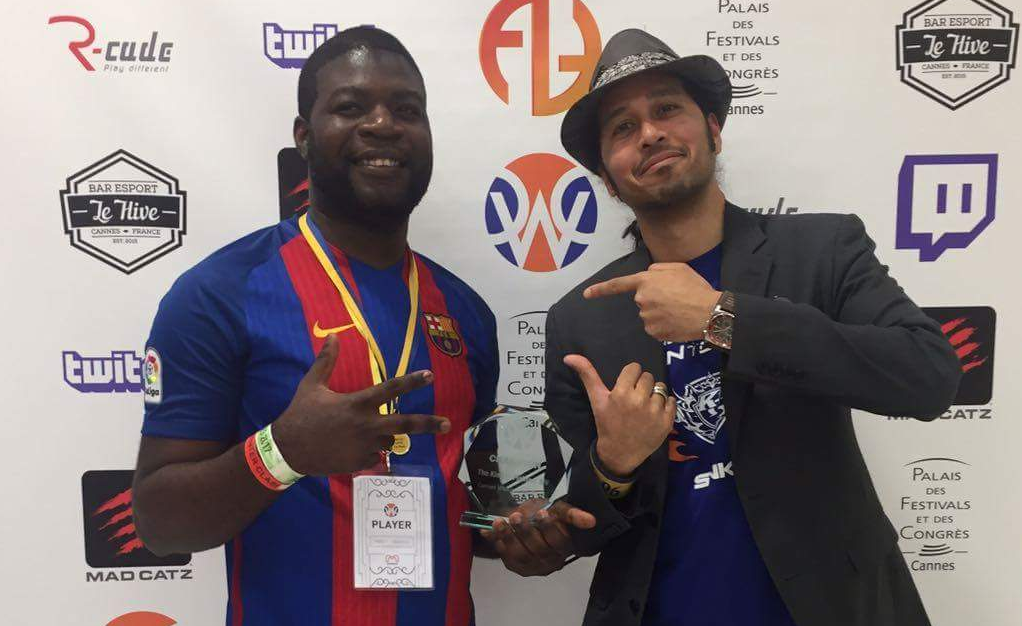 Thanks to all the players who came to Cannes, perhaps the last one due to various reasons, but let’s not dwell on that and talk more about what happened at the event.  Majors are where the best of the best come to prove their worth, while others come to level up, and others come to soak up the atmosphere and meet people with similar passions!  After (or before) a day of gaming, players went out to eat together, check out the beach, walk around town and get some sun!  For those Europeans living in the colder north, losing Cannes will be a very hard blow.

While the weather was warm, the KOFXIV action was hot.  There were lots of new players, including some interesting Esports teams, with fast reactions and solid play, shout outs to CELTICS.Shenzo, we hope you and your team keep playing!  We also saw players emerge from the online tournaments, including Esakaa and of course Charlybeats, proving that online tactics were not just for bedroom champions.

While Cannes didn’t feature many asian stars, we had team GCC: Zantetsu and Violence, the former having come 2nd last year and the latter being quite unknown.  Violence is certainly known now, after some hardcore play and defeating the usual favourite, Darth Frionel!

Z-Kirua also made a huge 2nd impact, having come to the first tournament at Arcade Street with an arguably shakey team yet getting a top 3 result, then getting knocked out at First Gaming with his team Mexico, then switching to top tiers and going all out to claim 2nd in 2v2 and 4th respectively.

While the new players were making a name for themselves, we can’t forget the hardcore crew who have made a difficult transition from KOF13. With Storm Doris trying her best to keep the UK players out, Cristina, Inti and Izanami still managed to guard crush the barriers at great personal expense. Semper, Tahar, Bignog, Samba, Vics, The General, Chocobotiger, Wawa and more were all in the house, blowing up the hotel sessions.  I can’t thank everyone enough for making it a special event, and it may well be the last.  I did notice the older players just not able to keep playing through the night, myself included. But at least we’ve done it!  If you haven’t, it’s not too late, go to a major before you regret it!

Shout outs to Rickyo and Quarate of course!  A huge thanks to Abou, Nelson and the CWC team for trying to keep the FGC in the spotlight and running this event without real conscious thanks from the community.  People tend to forget that money (and time) doesn’t grow on trees, and we’re all getting older and more tired!

I probably forgot some people and I’m sorry my memory is pants!  We are all sad to have missed Mr Wolf and Freezer due to various problems but finally we must congratulate all participants and winners, namely Zantetsu and Violence for the 2v2 and OrochiNagi.Charlybeats for winning the solo! It was soooo hype! GGS

Now let’s take another look at those cracking replays, safely on youtube.

Brackets for solo are here

We hope you enjoyed the show!

But our hopes were dashed.  CWC and ON spent a lot of time and money to try to bring Freezer to Cannes.  At the last minute, it was refused.  You may have also heard that White Ash was also denied entry.

Freezer took his savings and paid for a premium application because he had faith in the system and hoped the rise of eSports would help his application, as supported by Gamelines.  It’s all gone down the drain.  I’m not happy about it either, because I spent a lot of time co-ordinating, researching and writing.

We’re gonna try and raise some funds to help Freezer recover his lost Visa application fees, so if you feel that it was an awful decision, leave a tip for him below. I’m also crowd sourcing to pay for Charly’s train tickets.  I lost a phone and a bag on the way but I’m not asking for that.  If donations aren’t your thing, you can always buy a shirt to help!

We’re doing things a bit differently this time, we’ll have a UK and FR room with separate brackets.  Simply head over to the TNT page and read the comments to join in!