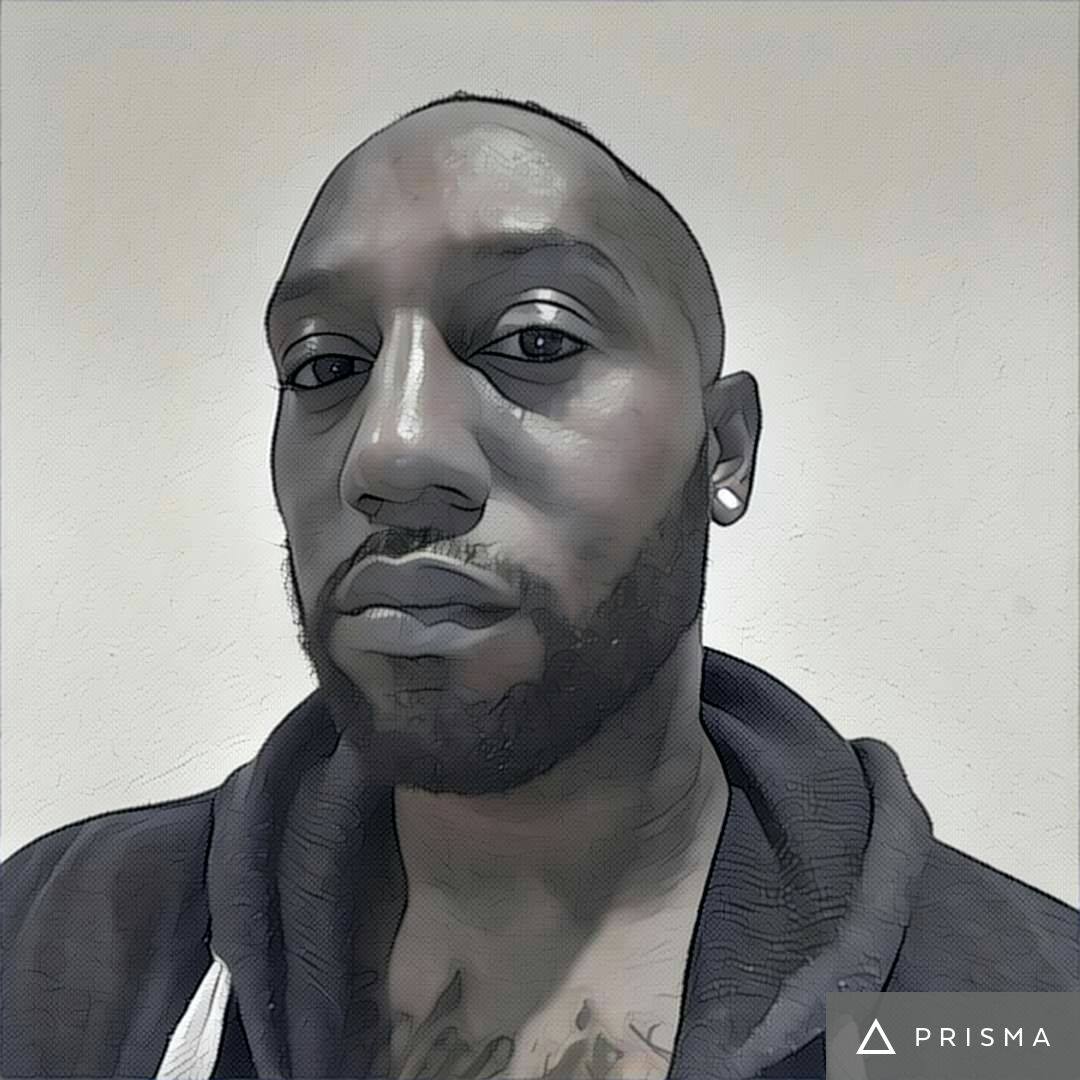 We join Supa after his recent win at Bracket Reset 72, the first event run by Unequalled Media featuring KOFXIV, talking about the game, tiers, family and rivalries.

Mr E, more famous for playing anime games, started playing KOFXIV and went straight for top tiers,coming 2nd at the launch tournament in Stratford!  How did you deal with Nakoruru compared to day 1? Was it your experience with Mr E?

I feel she is strong but people are making her like the next Mr Karate…which she really isn’t. I watched Cris and E play so during that time I did some theory fighting. Me and Robocop2 also went in to the lab during their match and looked at options to stop the bird cling. All my characters can beat it with stand D (Athena/Mai/Love Heart) and in the corner I get a meaty set up. Nakoruru has very good options but she isn’t as bad as she’s made out

What made you want to travel to Ireland?

I wanted to see how strong other parts of the UK are, as I went to Scotland and they have a small but strong scene. I love to test myself against the best and being a major, I hoped to face the best within their scene and players from abroad.

How do you think people like this new KOF? Have you seen new players getting into it?

I think on a whole this is bringing in more of an audience than what 13 did. 13 was more for the hardcore SNK fans imo and was quite execution heavy which put new players off. This however has combos which still can require high execution but also high damaging ones which don’t (more suits my style) *massive grin* I have seen so far, at the tournaments I’ve entered, a lot of new players and some doing very well, such as Mr.E and a guy called The Skinja who got 5th at East London Fighters and also Scavenger who came 2nd at Celtic Throwdown.

That’s good news, it’s good to hear new blood getting into KOF!  Now, what has been the highlight for you since starting this season with KOF14?

The highlight for me on this game is definitely travelling and winning and the fashion that I did it in. Next to that would be that my team which I tried using in 13 that wasn’t viable like in the other kofs is again good to use (Athena/Mai/King) and now I have Love Heart also lol Players feeling the pressure as the brackets reached their conclusion. Guess which one was using Nakoruru!

You mentioned on stream that you’re a family man with a job. Are you trying to say that you and others like Hori.Sako deserve more respect?

Yep that guy is an inspiration! I honestly think people take for granted how hard it is to play at a high level, give time to your family etc. Especially with young kids lol. Which is also why I have a lot of respect for Bala too.

Any advice to give to players with jobs?

Yeah give up your jobs haha! Nah I mean as much as I love KOF this is the first I’ve taken really seriously and I found practicing for about 2 hours a day 5 days a week helped. I mainly would work on a lot of theory fighting during my walk to work and breaks, surf twitter also. Main things I’ve done work of specific stuff on the days like combos one day, then punishes and then block strings etc

Do you think the game will survive with the current state of Nak, Love Heart and Mature?

Haha I hope so but it depends on the mindset of the community. I mean I personally believe they are strong but like everything it’s down to the player using them. So far I’ve fought all 3 and if anything it’s better as it keeps you alert, you can’t be sleeping when facing them. I have found the thing people ask me most about is how do they get down a good neutral game and how important is the short hop as alot of new players are struggling with 4 types of jump.

KOD, Ramon, Ryo and Chang. I really like KOD he’s alot of fun but compared to the rest of the cast he’s not so good. Ramon is only good with 2 bars, without meter he doesn’t have many options. Ryo isn’t as solid his close stand D isn’t as good as 13 and I feel Robert just outclasses him now. Chang just doesn’t feel like previous versions and I’m struggling to see anything good with him. Xanadu just needs to be removed from the game -___-

What would you say to a younger player who is complaining about old people dominating the scene?

Watch Bracket Reset where a new school player shocked everyone and also look for the youtube vid of Wawa vs Mago and lastly a young Scotsman who has been making a name for himself not just with his knowledge but also his high level achievements. This game isn’t easy to get into but if you’re looking for a challenge and something which will reward you for your efforts this is the game to go for. We’ve had some fresh faces of recent giving OGs problems, so come and be one of them : )

Reminds me of a story about of some young kid who couldn’t do a flash kick cancel but then went on to go toe to toe with the best…. What happened to Tenrai anyway lol

Of course how could I forget Tenrai haha! The only person to of made me place 2nd so far.

There is a lively banter and rivalry between some players that some could see as childish name calling. What do you think about this and the evolving of video games competition into what we now call eSports? Is it a good thing or is it less entertaining? Do we need to be more serious when playing games?

I love the banter and a bit of friendly rivalry. I feel it shows passion and how much the player wants it, not just the win but for bragging rights also. I mean it’s not gonna be everyone’s cup of tea but I feel it brings some entertainment value. Again the esports thing I don’t understand, I come from an arcade background and we took losing money seriously but aside from that it was fun. At the moment I personally feel esports takes some of that away because you have to act a certain way and I feel first and for most games should be fun. Which is way I don’t play a certain fg as it’s boring as hell but unfortunately there’s money to be made which is what a lot of players are now aiming for. I heard once that even Tokido said if he could play the game which he feels is most fun he would play KOF.

I would say that’s true for a lot of players.  So many KOF players went to play SF just for the money.  But we’ll see them come back very soon 🙂  So what happened in this photo here?  This was taken just after your win at the grand finals but we couldn’t hear anything on stream!

Haha! I basically said. I AM THE KING OF FIGHTERS! I won East London Fighters, I came 2nd in Never Ending Opera, I won Celtic Throwdown and now I’ve dominated the 1st Bracket Reset!

Alright!  Congratulations again!  So what’s next for you?

Well for now its time to concentrate and spend time with the family. As I have a new son (my 4th son) I want to focus on them for a while. I’ll still play online as this game for me is amazing! I was worried when I saw the original trailer but its now definitely KOF! So I’m gonna take a break and see what the competition is like and maybe make a return for Cannes but it’s something I have to run by the missus!

Haha! Gonna try and bribe her most definitely!

Any last things to add?

only joking he’s a great player and I have nothing but respect for him!

Lastly shoutouts to my teams Unequalled media and CVE GAMING. Massive shoutout to Robocop2 and Raised by Finches and also your good self Mr Gunsmith

Thanks to Gavin Dion Cody Drakes aka UM|CVE KOF SUPA

It was a good showing for BR72 with 200+ viewers tuning in to see old faces and new playing the newest iteration of KOF.

Entertaining banter from our commentators, including the birth of Daigo Umamahaha, plus the salt between players was sad, yet very funny.

Video: Don’t be surprised which characters are used in the Grand Finals!

Don’t forget to join us tomorrow for the 128 man tournament in Paris!!!!