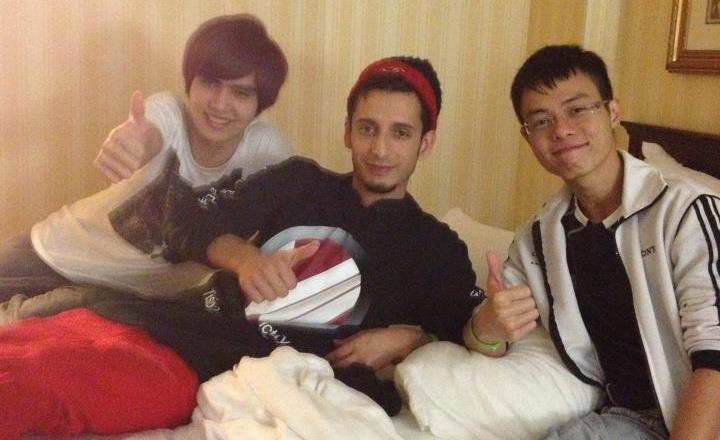 Here is what I (Romance) see and what I think about ‪#‎CEO2016‬ and ‪#‎KOFXIV‬ enjoy and let’s talk about if you want!

#CEO2016 comes to an end this weekend and with it the last time I played KOF XIV.

The graphics that we saw in the first trailers are gone, the graphics now are good, characters are polished and look KOF, something amazing and now no one can deny that we have awesome stages! One of my favorites is the villains I think it looks pretty cool, like most of them.

After graphics I want to talk a little bit about…

Like everyone sees: the game looks a bit more slow or jumps are a bit floaty unlike others KOFs which I don’t see necessarily negative for KOF or its community. On the other hand I think it’s really newcomer-friendly. Playing hop jumps fast and aggressive in the corner for example leaves new players with not a really satisfactory or good impression, the window to react for them in the game is really short, they’d rather play a game where they can explore more options and enjoy characters. I think this new KOF is a good option. We need to grow as a community and we also need to support SNK so we can still enjoy this magnificent series longer. Apart from that, it shouldn’t hurt at all.  The combos are totally KOF combos, strategies work pretty much the same and it will be only a matter of time to get used to it. I also think that this will allow better access to things such as balance, customs, DLC’s, stages etc… who doesn’t like that state of play when the game is always with the same characters and same players for a few years and see how community disappears or drastically lose players entering the same vicious circle over and over like what happened with XIII, in my opinion.

THROWS: feels about the same. 1frame as XIII except that now when you wake up you have more invulnerable frames and cant be thrown the same speed as before. Quick roll wake up should be the same. Playing against characters with command grabs is really scary or new as KOF player due to alternative guard been removed.

CROSS UPS: The latest KOFs made it harder to cross up. KOF XIII arcade edition had few cross up options and for KOF14 now only some characters and a few moves that can still do it well (which I think so far that it is a potential tool for characters).

GROUND GAME AND SOME TOOLS: normals have now better priority than before like 98 and characters with good ground game and that aren’t required to jump a lot will be also strong, air dashes and dive kicks are also powerful tools due to the way the game is played.

MAXMODE: this mechanic can make your character a better rush down character or a really lame zooning.  It’s interesting and I like this mechanic that also allows new moves ( King’s double strike for example <3 ) you can extend combos and do extra damage mixing EX moves while the max mode bar is still active and as long as it’s not the same move. NOTE: EX special moves cant be canceled to supers but regular special moves can.

ADVANCE CANCEL: this mechanic allows you to cancel regular super into EX super which I think is a good option to guarantee the kill making worth it the bar spent.

FREE CANCEL: regular special move canceled into super is a good option and some character will use that to get some easy extra damage and change the momentum of the match for sure.

Well, 50 characters, amazing stages, classic characters are back, new mechanics and a lot of new adventures with your practice partners/friends that I call family are around the corner and I’m very exited to start this new chapter with all of you and live unforgettable memories.

Enjoy what you do, practice to get better, fight to be THE KING OF FIGHTERS and BURN TO FIGHT! “KOF IS HERE AGAIN” greetings to all the KOF around the world. Europe, Asia, and of course Latam and the rest. Special shout out to Japanese community which have always been really kind and referred to me with a lot a respect. It’s totally reciprocated.

Quick plug for Metal Slug Attack, because, you know, it’s not like you have something better to do and you already bought everything in the steam sale