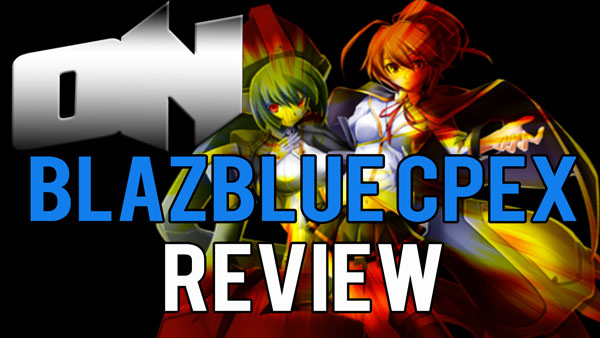 And if that has just too many explosions, check out the text review below.

The anime intro: Oh, lots of characters seem to have lost an eye and those who haven’t are crying??

Blazblue Chronophantasma Extend was released in the EU yesterday, 24 Oct 2015. You can get it in the stores now!

Didn’t Like: Daunting and complex gameplay system, Can’t follow the story if entering now – lots of backstory to catch up on, netcode is a little worse than the first ever Blazblue.

Let’s look at the features, the graphics, the gameplay and the value of the game in more detail.

Download and Play System : As a digital download, the game allows you to get started on tutorials very mid download, but doesn’t make it clear that this is only while waiting for the rest of the game and not a prerequisite to unlocking the rest of the game.  I initiated downloading the game, went off to have dinner and then came back to check on it.  I saw the “START” button and got all excited.

Starting the game, I noticed I could only use the training mode. Everything else was greyed out, which I assumed meant they were locked.  Having a google around, some people had the same ‘problem’, the solution being to finish the tutorial, with some noting this was the case with Mortal Kombat, and ‘wishing every game was like this’.

So I began the gruelling task of completing tutorial.  It struck me as odd that the game would offer me the “Stylish Mode”, where I could do combos automatically by repeatedly pressing a button, just like in Persona Arena, and then force me to do the combos manually.  It was only 40 minutes later after just getting into the advanced section, clearing 43% in total, that I had to re-question this rather annoying practice, rather than being free to go into story mode or even training mode.

It was then I found out that the game had downloaded 2 gb, with another 14 gb to go (this was the ps4 version, by the way).  So, it’s nice that the game gives you the option but it should have been clear, especially since I had unplugged the cable to do something else with it.

Along with the now standard training and combo challenge mode, there is perhaps the most deep Story Mode ever found in a fighting game, with a terminology explanation, comedy sketches and recaps of previous episodes for those new to the series.  If you have the time, it’ll keep you very busy indeed- I can imagine this would be great on the vita for those journeys home.

The Graphics are excellent in battle, with a mix of 2D sprites interacting with 3D objects and transparencies to create amazing special effects.  However, the game fonts and look fuzzy, and at 1080p the sprites look over enlarged; jagged to compensate the resolution, whereas HUD and graphics look fine.  With no filter or any sort of option within the menu, I changed the PS4 resolution to 720p and this improved the sprites, making them look smooth, perhaps in the resolution they were designed for.

As it was launch day, it was difficult to find opponents and try out the netcode, but Peter reported that the import version worked well enough.  If you’ve never seen it before, the video will show you how the lobby works, and how it perhaps is the envy of the fighting game community, with an avatar based arcade system to meet, chat to and challenge players.  The netcode at this point doesn’t at least seem to register properly the connection between players as I was seeing Japanese players with a “4” rating, which normally should mean we would have an excellent connection- waiting around, we noted this change to “0”.

The Gameplay is fast; coupled with the complex system, can be daunting at first, but if you are sick and frustrated with the basic movement systems of Street Fighter, the mobility of Blazblue will seem like a dream.  However, it will take a bit of work to adapt to it!  KOF players may have an easier time to approach the system but even then, the system goes way over and above, with things like triple jumps and 3 way recovery rolling.  It will become clear why Blazblue gets the label of “air dasher”.  If you have a friend over and/or not a lot of spare time, you can just opt for the stylish mode and the game will be instantly accessible.

Upon hearing of the game, the community didn’t think it would be worth the value, but speaking with Peter, who has played each iteration, the update is worth the price.  The 2 extra characters, Celica and A11, are interesting (if not a little bit of a recycle using Nirvana and Mu12), but it’s the game balance changes that really justify the new purchase.  Coming from Peter who was not very happy (to put it lightly) with BBCPEX in the first place, this is very reassuring. 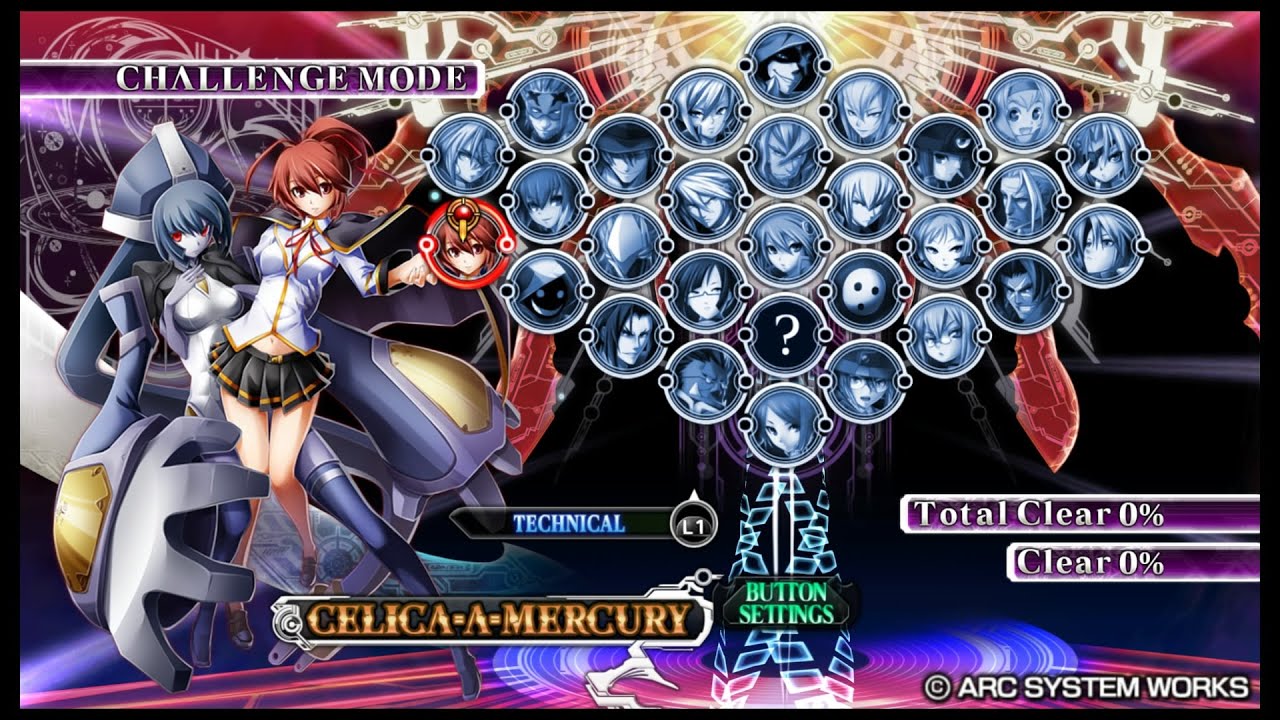 Overall, after a good hour with the game, I personally won’t be able to put much more time into it as I have my hands full with KOF, but I enjoyed the combo mode and became more interested in some of the character’s histories.  I regret not getting the vita version but as a serious fighter fan, I need to invest in a PS4 stick, although I can say the PS4 pad works well enough!

If you are looking for a fun anime fighter with lots of visual novel content, or looking for a challenging fighting game that enables speed and mobility, it’s certainly recommended.