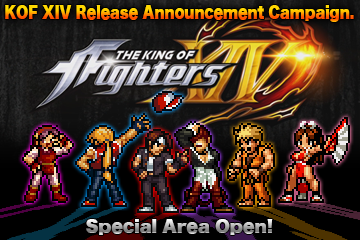 Orochinagi started sponsoring players to give them motivation to get better.  They got their expenses paid and it started rivalries and good healthy competition!

Today, the team is quite big.  And it spreads the globe.  However, our focus has changed.

We’re not really here to grab all the gold and kick sand in people’s faces.

We are more concerned with helping the scene grow, and helping others learn, play and enjoy KOF (+ DOA and some others!)

And in fact, we are happy to see our players move on to become fully professional players in Esports.

So in truth, we don’t expect Misterio to stay long, but while he is here, know that he is here because he knows we are a group of friends, a team, not a bunch of “killers” or some sort of army.

Paparoach and Rockland Kyo will be working to help players play more and we look forward to supporting them!

If you want to play some games, why not get in touch with your local rep?  They also play other games!

As you know, Tortita is in Japan right now and joined the random 3on3 Spicy Cup.

Afterwards, he had an exhibition with Tennkawa, that other famous Ash user.  Here are the last few matches of that exhibition!

KOF starts at 1:04 – Thanks to pApArOACh

From DKO offstream, this is the first part of a FT5… one day technology will just let us record matches simply. We had two Avermedia LGPs just refuse!  Sorry for the quality and the other matches were uploaded to a French closed group on FB :/