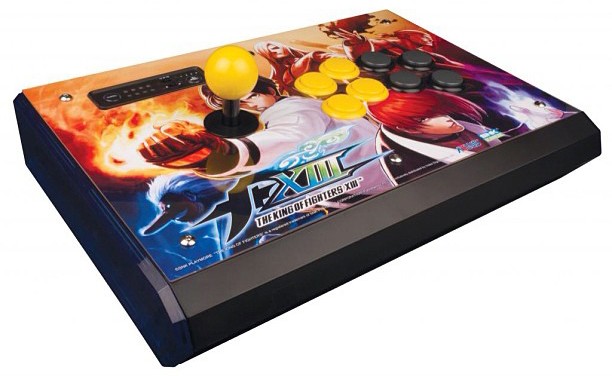 UPDATE: The situation is actually real. However, Mad Catz are confident that it will end well as this is actually not the first time this has happened. This link from Game Informer explains the deal thoroughly with legal and financial lingo while I’ve outlined it in more simple terms below.

FACTS: Mad Catz needs credit in order to operate its business. It has a credit from Wells Fargo. An audit company has to write an letter to explain how capable the company is and will be able to pay its debt. This is used to support credit applications.

KPMG wrote the letter and it’s not confident, due to previous defaults and “rapidly evolving and often unpredictable” business conditions.

If Mad Catz doesnt meet their credit conditions, (for example repaying a certain amount in a certain amount of time) Wells Fargo could just demand their credit be paid back immediately, which would cause MCZ to close as they would have to sell up everything quickly rather than wait for sales to come through normally. Mad Catz has had problems before but their lenders had faith in them and waivered demanding full repayment.

The other option would be to get another credit to pay off the other one and continue. KPMG believed this was too difficult in the current climate but in fact Mad Catz has in fact secured another source, according to Game Informer. KPMG also cannot assume they will get another waiver from Wells Fargo so that’s another reason why the letter looks so pessimistic.

Fact: Mad Catz has been losing money since 2011 and only recently reported profit for the last fiscal year.

What’s going to happen is :

Mad Catz makes loads of money from Rock Band 4 and everyone is happy.

RB4 doesnt sell so well, Mad Catz doesn’t meet its credit terms, but it’ll get another waiver/ use another credit and continue as normal.

In the most dramatic outcome, RB4 will not sell, MCZ will be unable to pay its debts, Wells Fargo demands repayment, MCZ uses the other credit, cant repay that either and then has to sell a ton of assets and close in order to pay it all off in time.

Likely? Unlikely? Some people are confident, some are not. The rest in conjecture. Read on for our thoughts.

Well that headline got your attention didn’t it.  It certainly got ours when we read this article on tweaktown. Tl;dr = Madcatz is banking on Rock Band 4 peripheral sales to secure their position in the market.

The article ends with a comment from Madcatz saying how the situation they find themselves in is “better than it initially seems” but it’s interesting to have a look at some MCZ products to see how relevant they might be to what could really be going on.

Mad Catz was founded in 1989, and grew by producing peripherals for the console market, acquiring Gameshark, Joytech, Saitek, winning awards for their racing wheel in 2000, before Capcom commissioned them in 2007 to make the now legendary sticks for Street Fighter IV.

While unanticipated demand for these sticks surpassed production to become a major product line, Mad Catz still attempted to expand in other areas, which might not have been so successful.

This cockpit for PC and Mac costs $4,999.99.  And you don’t get any windows.  And it’s out of stock.  Did the cost of researching, testing, marketing and producing these put a dent in Mad Catz’s funds?  I’m not going to ask.

For use with Farming Simulator 15 this fall, this tractor and equipment controller costs just under $300.  Notice we said “15”, so no matter how many iterations of Street Fighter you want to complain about, there is definitely a market here.

Hands up who has a next gen console.  Keep those hands up.  Keep them up if you have Street Fighter IV and a TE2.  This is pure conjecture, but apart from Killer Instinct, there isn’t a reason for fighting game fans to buy a next gen console, let alone stick.

MCZ announced the Guilty Gear Xrd stick in Nov 2014 for North America,  while in Japan Arcsys gave a license to Sanwa, leaving MCZ as the foreign competitor in an already small market.  Still the stick is now out of stock, and the restock of the MCZ Xrd stick did also sell out, but this was just 100 units!  The GGXRD Te2 can’t even be found on the store, not even the listing…  Perhaps a licensing issue?

The standard TE2 sticks are only just available in the EU… and… there’s only like 5 left of the standard model, everything else being sold out.  Is this because of small production quantities, high demand or a marketing tactic?  Who knows.  The real question is whether this is keeping MCZ in the green.

This is for the Players

As with GGRD, when SFIV was released on PS4, it was only compatible with PS4 sticks.  Fans were not okay with this. Players didn’t want to buy new sticks for a game they already owned on the older generation consoles.  Ignoring the issue could have helped next gen stick sales, not just for Mad Catz but all the other stick makers such as Hori, who are all in the same position.  It seemed like Capcom didn’t have to do anything – it wasn’t their fault, it’s Sony’s PS4 architecture.  Then Skullgirls released a driver to allow PS3 sticks to work on PS4, and it became a threat to game sales.  So NetherRealms and Capcom jumped on quickly to allow use of PS3 sticks and so stick companies all over the world fell to their knees in despair.

Reports say it’s not necessary to buy new peripherals for the new Rock Band.  So why is Mad Catz betting on it?  Perhaps they have done their market research and found that everyone has thrown out their bits of plastic or are hungry for new ones, or perhaps know that there is something in Rock Band 4 that won’t require new peripherals, but will certainly be enhanced, should one be plugged in….

Does anyone remember the Rock Band keyboard peripheral? I sold mine in a month.  Some expansions are just not going to stick.

There are other things to consider, like headphones, and Mad Cat’s foray into the PC mouse and keyboard market, while PC brands like Razer have come into the console market.  On the one hand it looks like Mad Catz has expanded very well, and capitalised on their sponsored players and support for the fighting game scene, while on the other hand, perhaps they have over reached, and should cut back, waiting for the release of Street Fighter V, where it’s clearly fair to have this game compatible with next gen controllers only…

Well, I say “clearly fair”, but those who don’t understand how buying one joystick for life won’t keep a company alive will probably argue otherwise… and demands for ps3 stick compatibility for SFV are beginning to surface.

As a company that has invested and supported the Fighting Game Scene with lots of prize money and prizes with their excellent products, we hope that they will continue to succeed.  For some of the other business decisions that we don’t understand, like attempting to get into the PC peripheral market, well, businesses have to profit to expand, and expand in order to profit, we can suppose.  We wish them the best.

Click here to break out of this frame and go directly to the Orochinagi Spreadshirt Shop.