So some quick notes and spoilers:

Brackets can be seen here:

A huge thanks to the community for working together to make this happen, showing that KOF is not something fit for the sidelines.

Special thanks also to Lalo from Madcatz, who put up additional prizes for KOF and Rico from team Sabroso, Monica and Kenshin from Teamlago who helped run the pools, and of course all the signups!

You’ll need to skip through to about half way to see the start of KOF.

I was able to catch the grand finals and oh my dayz it was amazing.  A classic reset and then the tables are turned, when it seemed one was clearly going to win, the opponent scraped through and then went on to go all the way!

The replay below starts after the reset, so you should start at the end of the one above! 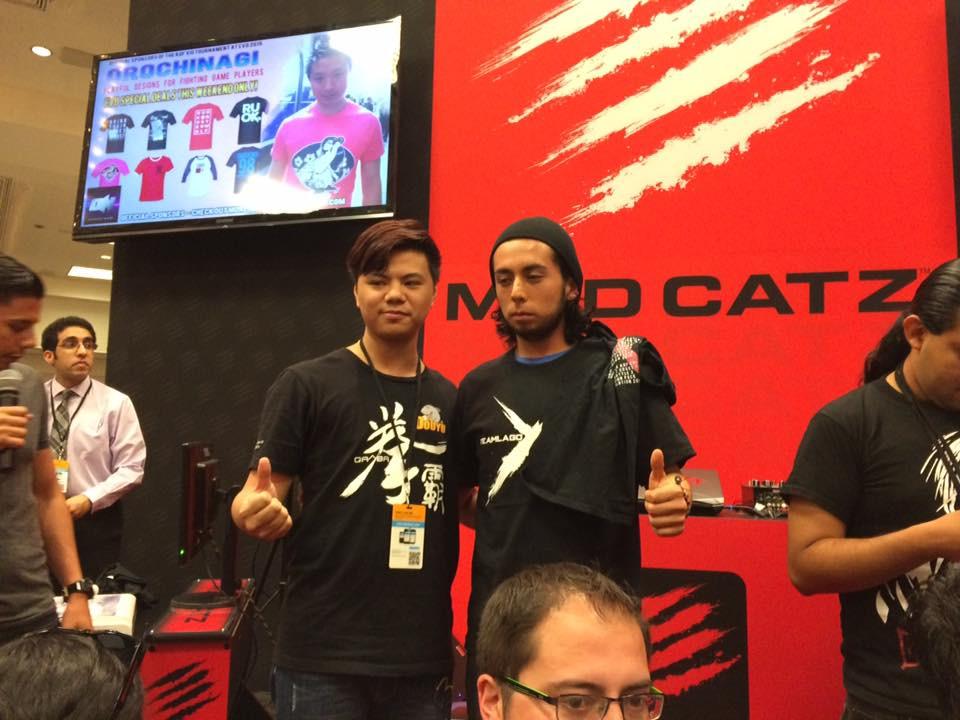 >> Shirts still on EVO discount for a few more hours! <<

Check out Misterio’s newest video covering things to do after Athena’s grab!

Check out the Tshirt they are offering if you put in more than $29.99!

Note: Worldwide shipping is included! All physical merchandise is expected to ship in October 2015 for qualifying transactions. And that’s not all!

Smartphone sales are on too!