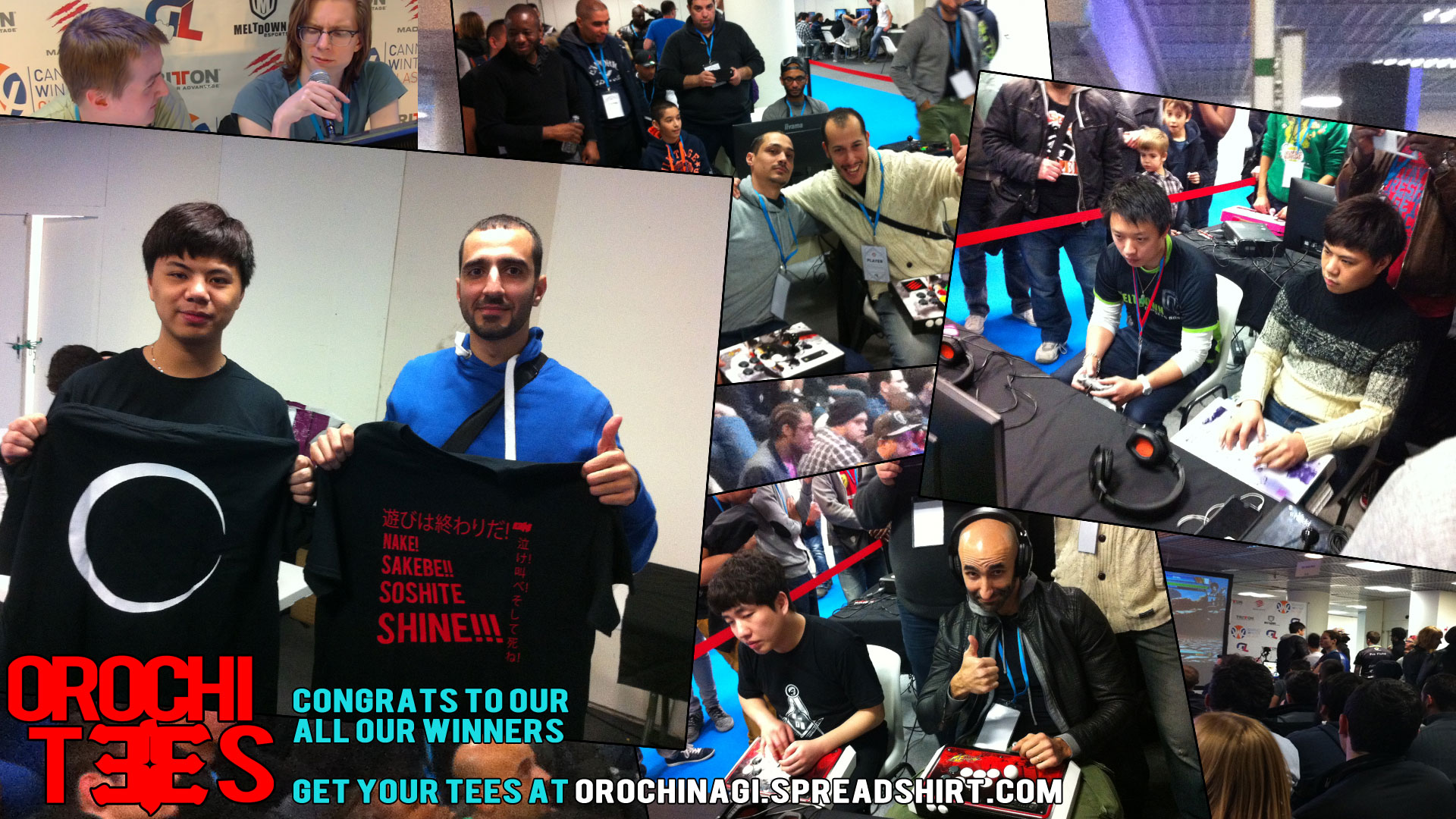 More at their channel of course.

Still very tired, still had a great time, although I have a few complaints.

I’m really sad some of our players didn’t get their visas approved and couldn’t join us. Thanks Morocco and Russia >_>.

Congrats to Xiaohai on manhandling Europe!

Thanks to Orochi Tees for sponsoring KOF98FE ^^

Super congrats are in order to team Italy, especially Shirl and of course Mr Wolf, who I am totally not biased for; he was perhaps the only one to knock Xiaohai out of a tournament! Thanks to everyone for coming and the guys who set up rooms and let players come in (Hokuto, the Belgians and Rickyo). Thanks to that Scottish guy that was ill all weekend and that English guy for cooking!
That’s probably it for me, not sure I’ll go back to Cannes till KOF14, see you at Hypespotting and maybe Italy!