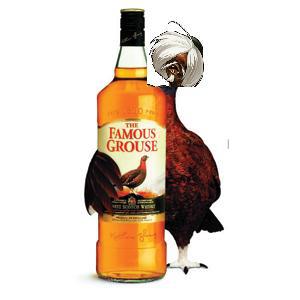 Why not introduce yourself to some of the KOF community that might not now you?

– My name is BigFool from the community Versus-Scotland, or just David. Aside from KOF13, I also play SF4, MVC3, Third Strike and Skullgirls. 13 is the first KOF I have played competitively.

How did you come to main Chin?

– Well, I already knew I was picking up Mature and Vice before I got my hands on the game, but I was undecided for a third guy. I just went on the trial mode for each character to see how they played, as well as see any interesting setups they could have. When I got to Chin, I was amazed he had an overhead you could combo out of, or even fake it. The fact he has multiple stances also reminded me of a certain Street Fighter character I main, so it all fell into place then. He’s been on my team ever since, but I was also interested in Elizabeth and Saiki.

Big fool, how does it feel to have defeated the infamous a Giga D?

– It was a huge shock to me, actually! I really didn’t think I had a decent chance, especially when he was the once who knocked me into Losers bracket in the first place. But I wanted to show that I improved since fighting him at Hypespotting and that this wasn’t going to be a repeat. It was a big relief to see my tactics could actually be used in a tournament instead of training room combos! Besides that, it wasn’t an easy fight at all, considering who I was up against, so it was pretty exhilarating to pull it off. I’ll say thanks to him again for the great games!

Whats your opinion on the whole damage scaling debate? To HD or not HD, that is the question!

– That’s a pretty good question. To be honest, I would say to just go ahead and do whatever feels right. To me, meters build up pretty fast as the match progresses anyway, and I’d hate to think that I could have had the opportunity for extra damage or options because I was a bit stingy and capped my meter level 30 seconds ago. I guess some characters would benefit from being a little more shrewd about their meter output. In the long run, I’d rather do less damage if it puts me in a more positive situation.

What have you been doing since hype spotting? 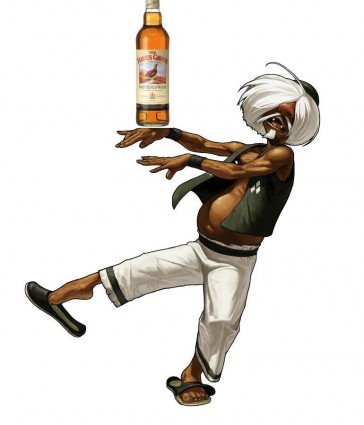 – KOF wise, practice and lots of it. Hypespotting was the first time I got to play people from outside Scotland, and I got so much more matchups as a result. I took what I saw and learned from those matches and see if I could apply it in the future. To be honest, I was still a little green on the mechanics of KOF, so I educated myself on a few videos to better understand why some things were so. Obviously I tried to refine my characters’ footsies and optimal combo wise, and I guess I could say it paid off.

What are you going to do with your experience when you get back to Scotland?

– Pretty much the same stuff I did after Hypespotting. Another tournament (2nd no less) that showed me lots of new characters to fight against. I’m not afraid to say that I wasn’t well versed against certain characters, and I’m glad I got the chance to see how they work on the field. Aside from that, I want share it with my fellow KOF players to see if they could benefit from my experience, or even tell me where I could go better.

Are there any other new games you’re thinking of picking up? What did you think of P4A?

I’d honestly play any game if it piques my interest, and P4A did catch my eye a few times that day. At first I was a bit wary because I wasn’t too fond of Blazblue, but it obviously had a different way of playing. Unfortunately, couldn’t play it since I was so busy, but I liked the look of Elizabeth. Remains to be seen if I could actually play her though!

Liz is brrrrroken lol she’s MINE!

Now, can you explain what was all that “Famous Grouse” stuff was about?

– Oh man, that was hilarious! Basically it was the Versus-Scotland crew that started that up. They noticed that I was drinking pretty heavily with Chin to get those powerups, and they mad a chant out of it. Famous Grouse might be Scotalnd related, but I’m more of a vodka person myself. From then on they were chanting all the time, so funny to listen back to!

You had a good crowd behind you versus Giga D, was there any particular reason?

– If you mean the VS crew, yeah they had the volume to make it like I had the audience advantage. Other than that though I don’t think there was that much backing for either Giga or myself. I think the crowd was happy enough seeing the match unfold, and that was good enough for me.

What would you say is the difference between your Mature and his? Have you seen Dune’s?

– Giga’s Mature is a lot balanced, maybe? I tend to be a lot aggressive with her to build up the meter and take advantage of no stock to guard cancel attack. Meanwhile, Giga just moves around the place, zoning here and there and punishing with a bit more thought. I have not seen Dune’s, I’m afraid, but I’m always on the lookout on matches featuring my character to see how others play.

Are you planning to travel to more events?

– If I had my way I’d go to any possible event. The problem is always getting the time and money to do so. For it’s always one or the other, but I try my best if it’s a significant event and I could truly benefit.

Giga, you’ve been raising the bar by using HD combos, would you still recommend them over bypass?

We saw a sdm into neomax take 75% damage. Any comments?

I’ve seen worse from other characters but that was not on my radar so had no problem not anticipating it. Funny thing is that I’ve played lots of flame Ioris, but they look for the combo’s openers instead of going for a hail mary. Someone stockpiling bars at the end should be a dead giveaway for such a strategy, especially for Liz and Goro. Was plain sailing until that connected (twice lol).

It looks like people are finally taking the game seriously! You have a sick Hwa, but when are you going to start using those 100 percent and stun combos for Joe? You said before people would complain if you used combos like that… are you still going to be nice?

People will find all sorts to complain about. You can play without that combo and ppl will complain. Sure I’ll see if I can be bothered to use it.

You’ve started using DuoLon, any tips for the new players who want to try him?

He’s awkward to get used to but keep at it. It’s one of the characters that are quite different from other and gives you a playstyle variety. Not just picking same old Iori, Kyo and Mr.Karates that everyone else uses. He’s not top tier or anything, but can hold his own if he has stocks. I wouldn’t blame people for dropping him, it’s a steep learning curve to able to use him effectively. I really like playing against some French people who know how to use all his tools, really impressive. Hopefully one day I’ll get there. 🙂

I have about 6 at the moment. But you only choose what’s best for the opponent.  I know you’ve been asking me to pick up Mr.Karate and I might, but I’ve never liked picking the strongest characters in any KOFs straight away. Personally that’s p**** business picking having two or more DLC/top tier characters on a team. P****! I don’t care if people disagree, it’s been my long term opinion and lots of people know that. Might have to be a p**** myself and pick Karate, but not right now.

You’ve been keeping a low pro and have just been turning up at events to surprise people like some Candyman business, whats up with that?

I think that was just for the Bristol (Sodium Showdown) event where there were no sign ups with my name on it just to surprise the other Londond heads who were also said to be entering that event. Really wanted to play them. I think you have to put your name down on upcoming ones just to secure a spot.

So, when will we see you next?

Next events I believe are UC13, Proving Grounds 3 and finally i46. That’s a few KOF events to look forward to around 2 weeks of each other. If you’re a kof fan now is the time to take part because these events don’t come often for the KOF series.

Any words for the current top two players?

Congrats and great to see people taking this game seriously, looking to level up. Not to take anything away from people who win an event, but I don’t believe there is a ladder of who is top based on whether they happen to win the latest event.

If you beat someone consistently in a first to 10 but they win 1 or 2 in a row the next set, doesn’t mean they’re top on some imaginary ladder. I often find some people don’t want to play you long sets or any at all and duck events where long sets will happen. Hoping to get 1 or 2 wins in an event then never play you again.

I really think that attitude doesn’t do them any favors. I have no problem playing and losing long sets, got no status to lose in my mind, have my doubts about other people though.

Which character toy do you want?

Bring me in with that Joe. Only because of OG2k2 🙂

Ah yes, I did promise that…

Thanks to both for the interview, you can find BigFool (Giga doesn’t use FB) and many other EU players chatting on the Orochinagi 250 Facebook Group, which covers not just KOF but the latest and greatest fighting games.  If you’re a player in the EU and want to chat with people in the scene, come join!  MAX 250 members.