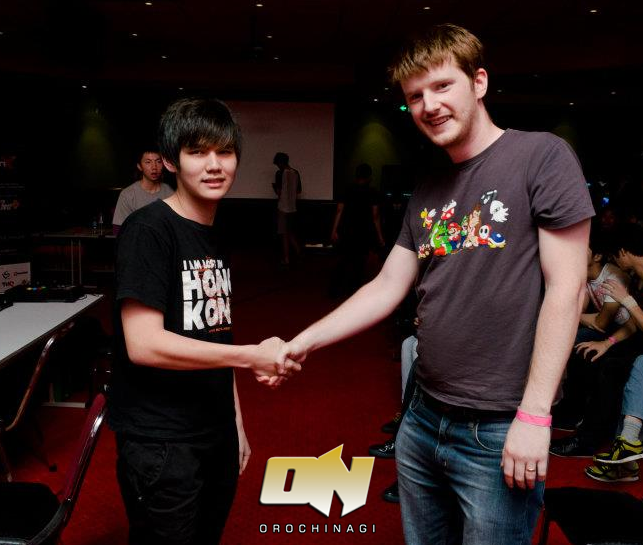 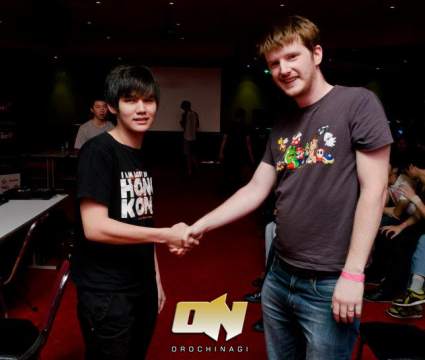 After winning OHN X KoF XIII Tournament, I was lucky enough to quickly grab an interview with DM | Xian before the top 8 finals of SF4.

DC: Hi Xian. Congrats on just winning the OHN X KoF XIII tournament. Any comments on the opponents you played against?

Xian: Colin (Colonov) is a strong player and has good fundamental basics, but I have a lot of experience against K’, Duo lon and Iori. V1p3r’s Saiki is really good and knows how to use him well. There isn’t a lot of Saiki players in Singapore, so I was caught by surprise and had to work a little harder for my win.

DC: What is your opinion of the level of KoF from what you have played over the last few days?

Xian: I didn’t have any casuals and didnt play too many people in tournament, so I can’t say.

DC: What is your opinion of KoF XIII on console compared to the arcade version?

Xian: The Console version is a lot more balanced where the arcade was too broken. Damage output is lower on console which is good, so it makes the game a lot more viable.

The console scene is still the same size as the arcade, which is about 16 players in total. These are the same players who play at the arcade too. I work at a console cafe and I try to get players to play there.

Xian: Not at the moment. If there isn’t that much difference from the console version then i’ll just keep playing that since I work at a console cafe.

DC: So, what is your training like back at home (Singapore)?

KoF (in general) used to be my main game, but went to SF4 because the KoF scene died down. I’d love KoF to be my main focused game again, and the way KoF is reviving, it may happen.

Skye is the best in KoF XIII at the moment and I try to catch up and play against him because he knows how to use all the characters. We recently had a best out of 20 and he won 20 to 4 (laughs).

DC: You play SF4, UMVC3 and KoF XIII, which game you enjoy more?

Xian: I enjoy KoF the most (laughs), but my priority is SF4, KoF then UMVC3. I have been playing more UMVC3 lately because I want to get stronger in it. I was knocked out by Colonov in UMVC3 yesterday, so it was good get him back (laughs).

DC: Any suggestions you can give for players wanting to improve their game in KoF?

Xian: Besides playing against good players, completing combos is very important. You can’t afford to drop combos and must have good execution. I’m not a fan of saving meter, but i will try to save meter for other characters on my team if I feel they need it. If I have to use meter to take a character out then I not hesitate to use it.

Training mode is good to perfect your execution and combos and practice a lot.

DC: Any players you watch or rate?

Xian: Skye is my best inspiration. I don’t watch match vids but Skye does and I just learn off him.

DC: What are you plans for the reminder of the year? Going to EVO?

Xian: Yes I’m going to EVO this year and I may be coming to SS (Shadowloo Showdown) in May. DM (Desperation Move) is my sponsorship and they tell me where to go. Since the sponsor is from a KoF background, they would like me to attend more KoF events in the future.

DC: That concludes the interview. Any last words or shoutouts?

Xian: I’d like to say thankyou to my sponsors DM and Cross Counter Asia for supporting me and OHN / Orochinagi for organising and running the KoF XIII tournament.