One of our community members, Arasoi, has opened up a new website about Retro gaming, and has uploaded a load old laserdisks (LD).  If you’re old enough you may remember walking into an import shop and seeing these huge discs which only the more wealthy fan could watch (yes they probably had a neogeo AES too). 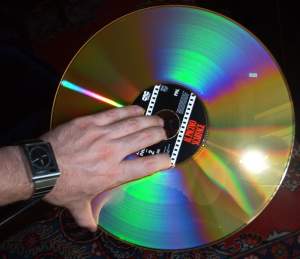 These laserdiscs were perhaps the first format on which you would have vmooks, such as Gamest’s guide to Street Fighter, but also other kinds of material like following the story of Samurai Spirits (Shodown) with all the dialogue spoken by the Seiyuu (voice actor) and superplays, where some crazy player would beat a game perfectly.

Head on down to the site to check these out!  Subscribe to their twitter feed to stay updated.