in Massachusetts, Game Underground has a new space! we are now essentially the arcade at the Natick mall, and the new spot is pretty hype. I did a video walkthrough of the joint, but this is already a month old or so, there’s already plenty of other new stuff to enjoy

GU remains to be the premier place to play fighters in MA, and I’m doing what I can to make sure that KoFXIII is a part of that. We do our FightNight on friday nights, and the table area that you see at 1:45 in the video are full of setups on Friday night. There’s a lot of Street Fighter going down, but there’s enough room for ANY fighter you wanna practice, just look up the local players and they’ll get there to play.

I’ll be there most fridays with my setups, and especially for those training for Summer Jam 9 I’d like to get some KoF casuals going regularly again ASAP”

You can have a look through the place in the following video: 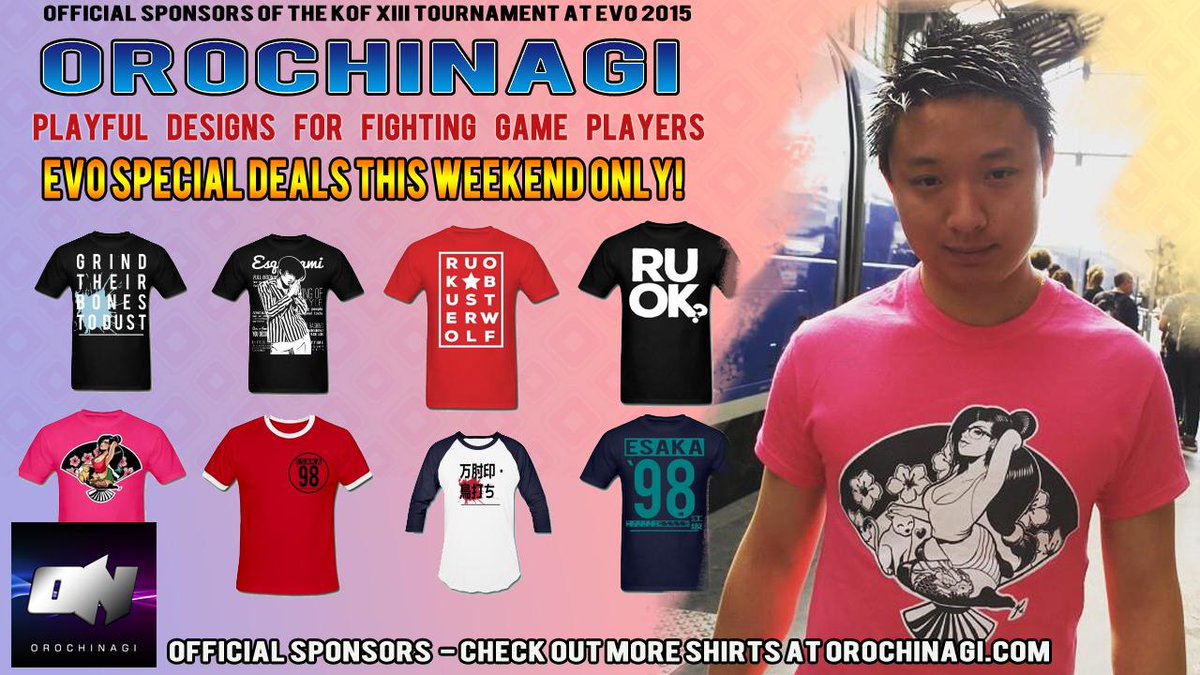 Check out our designs! EVO discounts still in effect coz I’m happy/lazy.

Donate more than $30 to get this limited Tshirt! All those Android SNK Classics at your fingertips for almost nothing! NOW FEATURING THE KING OF FIGHTERS!